Home » Blog » What to Do During a Home Fire

A little bit of planning can save your family.

Did you know that roughly half of home fire deaths result from fires reported between 11 p.m. and 7 a.m., when most people are asleep? (1) Smoke alarms save lives. If there is a fire in your home, smoke spreads fast and you need smoke alarms to give you time to get out. In fact, having a working smoke alarm cuts the chances of dying in a reported fire in half! 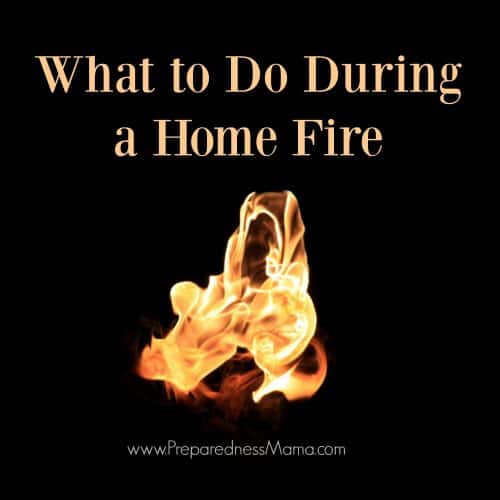 This time of year, during the long nights of winter, we are especially susceptible to home fires. Add a Christmas tree into the mix and it becomes time to review the rules – what to do during a home fire.

Prepare to escape a fire

According to an NFPA survey (2), only one-third of Americans have both developed and practiced a home fire escape plan. For those that do have an escape plan, only half have ever practiced it.

Survey respondents estimate that they will have at least 6 minutes before a fire in their home would become life threatening. The time available to get to safety is often much less; leaving as little as two minutes to evacuate once a fire alarm sounds. Is your first thought after hearing a smoke alarm to evacuate, or dismiss it as a false alarm?

This process should be rehearsed with every fire drill, not just written down on paper as a good idea.

If the fire is small, use your common sense to try and put it out.  Be sure to review this previous post about putting out fires and using fire extinguishers. Be sure you are are informed enough to act quickly and safely in the event one starts and you are close by. If a fire is bigger than you are, grab your go binder and leave. Don’t call for help until you are safe.

Remember that of all the home fires reported from 2007-2011, December’s biggest fire starter was home Christmas tree fires at 43%. This is followed by home heating – 16%, candle fires – 12% and home electrical distribution – 11%. Learn more at Holiday Fire Safety.


Stove-top fire – If the fire is small, cover the pan with a lid and turn off the burner. Throw lots of baking soda or salt on it. Never use flour, which can explode or make the fire worse. Smother the fire with a wet towel or other large wet cloth. Use a fire extinguisher.

Grease fire – Do not add water. Turn off the heat source and remove the oxygen source by smothering the fire with a lid, baking soda. or salt.

Christmas Tree Fire – These fires spread FAST and it may be better to leave rather than fight the fire. Always have a fire extinguisher close to the tree. You could also try this product ColdFire Fire Extinguisher

. Here’s a video about how it works.

Electrical Fire – Switch off appliance and pull out plug. Smother fire with blanket or Multi Purpose Fire Extinguisher.  Never try to cool with water because water conducts electricity and can give you an electrical shock.

Candle Was Fire –  Should be extinguished with a chemical extinguisher. If that’s not available use baking soda or salt. Water will spread the fire.

What to do during a home fire? I realize that you will not be reading this as your house burns. I hope that you have taken the time to prepare and practice, so that when you need to know this important information it will be second nature. This little bit of planning and practice can save a life. 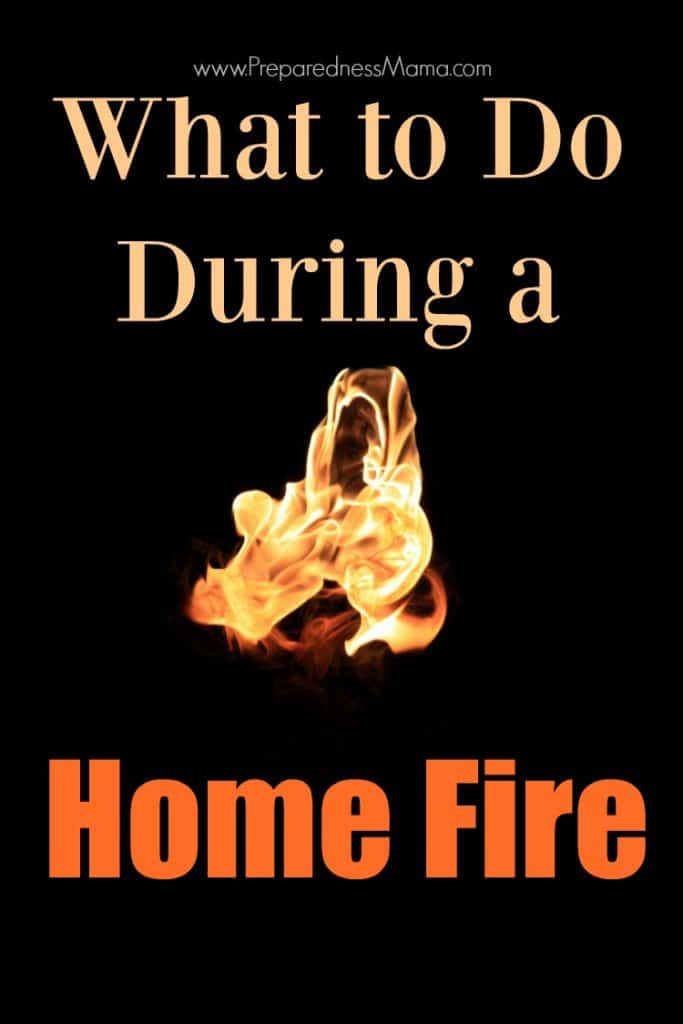