These blue java bananas may just be the best bananas in the world! Nicked named “ice cream bananas,” they melt in your mouth and taste just like vanilla. Best of all, they can even be grown in colder climates across much of the United States! 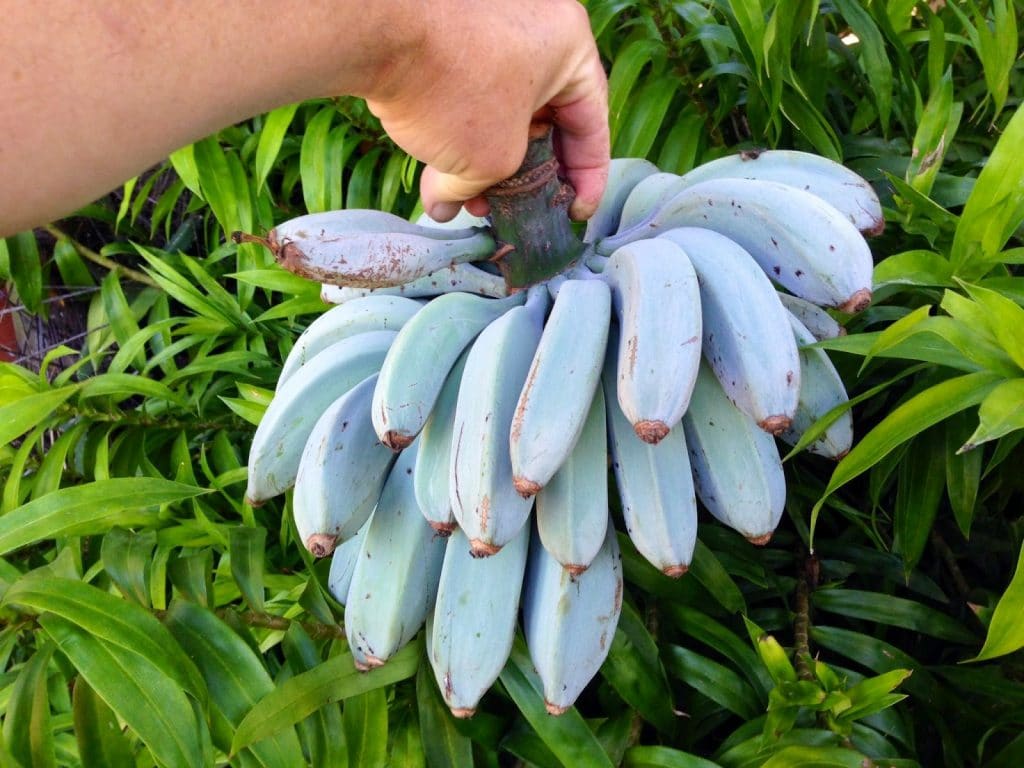 Many people are not aware that the monoculture of Cavendish bananas is headed toward extinction. However, you can help preserve the diversity of banana species by planting this variety right in your backyard, if you live in the southern half or West Coast of the United States that is.

Blue Java bananas originated in Southeast Asia and are also found all over the Hawaiian islands.

Unlike most tropical fruit trees, they can withstand temperatures as low as 20 degrees Fahrenheit, which means they will thrive in USDA plant hardiness zones 8 through 10. These zones make up most of California, part of the Pacific Northwest, and the southern U.S.

And did we mention they taste like ice cream?

In fact, they are way creamier and fluffier than your average Chiquita banana. Blue Javas taste just like vanilla bean, which means they could be the perfect ingredient for single-ingredient banana ice cream, which has become more popular these days. This non-dairy ice cream substitute is super easy to make and good for you too!

Just wait until those gorgeous blue peels ripen to a soft yellow. Remove the peels and freeze. Then stick them in a Vitamix or better yet a banana ice cream maker.

The only thing is that these bananas are tough to find unless you have a specialty grocer nearby, but they are well worth the hunt!

The good news is that they’re super easy to grow and produce fruit very quickly. You can buy a potted tree online and have bananas in as little as nine months!