Home » Blog » 5 Things to Avoid When You Start Worm Composting

How to Start a Worm Bin: Your Guide to Getting Started with Worm Composting by Henry Owen

I have completely jumped on the composting bandwagon. Any serious gardener knows that compost is the black “golden ticket” necessary to increase your garden yields naturally. I really like the idea of worm composting, but I haven’t been very successful at it. 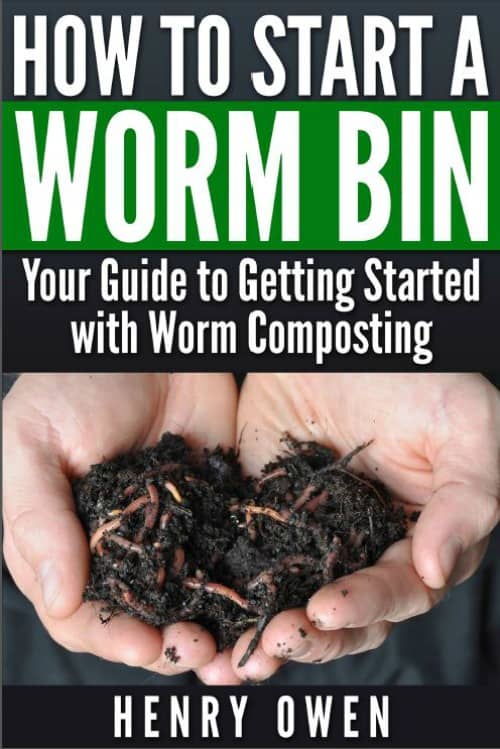 Until now I’ve been composting kitchen scraps by creating simple compost bins, making a kitchen scrap garden composter, and I’ve even tried trench composting when I had space. Those all work well, but the compost harvest is either too small or not quick enough to suit my garden needs.

Back to Worm Composting

Years ago I had my son-in-law build a really cool vermicomposting system from wood. That box was sturdy! Unfortunately, I had to leave it in Oregon and I miss it.  I tried using that box for one season and had just about mastered the process when the whole thing went fatally wrong and the worms died. For the next 5 years, it made a great storage box for the garden.

Not exactly the intended purpose.

Over the years, I’ve thought about trying again. I went as far as researching worm vendors, but my past failure has kept me from diving in again. Until now that is.

Your Guide To Worm Composting

This week I have had the opportunity to read a wonderfully helpful worm composting book by Henry Owen. He’s given me my worm confidence back. How? By teaching me what I did wrong the first time. Thanks, Henry!

How to Start a Worm Bin: Your Guide to Getting Started with Worm Composting

is a comprehensive, 101-page book that covers every aspect of vermicomposting. Start to finish. In my opinion, this is a must-have reference for any serious worm composting gardener. Luckily you don’t have to make a big wooden bin, either. Henry shares easy plans to make your own simple bin, he even keeps one under his office desk.

This is only a sampling of what I learned from Henry-

5 Things to Avoid When You Start Worm Composting

I learned that these 5 key things are what caused my old worm bin to fail miserably. Luckily Henry gave me insight so I can correct it next time. Chapters include advice about overcoming your fears about worm composting (will they escape?); how to set up a successful bin (with plans); which worms to consider purchase (and where to get them). I even learned how worms procreate.

. Now I know what to do if other critters show up, several ways to harvest those wonderful worm “droppings”, and where to go for troubleshooting if I get stuck again.

Henry Owen is a vermicomposting expert, having successfully started worm composting while working for Friendship Gardens, a nonprofit project he helped start that teaches gardening and grows food for Friendship Trays, Charlotte’s Meals On Wheels program. Friendship Trays serves 750 meals each weekday, and Henry was responsible for composting all the food waste from meal prep! Some 750 meals a day means a lot of onion peels, apple cores, and broccoli stems. They used three large flow-through worm composters and hundreds of thousands of red wiggler worms to eat through all that food waste each day. Informally and professionally, he’s been teaching people to worm compost since 2008.

Now, he spends his days as executive director of the Nature Discovery Center in Bellaire, Texas. He is a husband, father, educator, adventure play advocate, garden nerd, and worm composter. Follow Henry on Twitter @rhenryowen. If you have any worm composting questions, I’m sure he’d love to help. You can find him at Worm Composting HQ.

Find it at Amazon: