Home » Blog » Permaculture Garden Grows 7,000 Pounds of Healthy Organic Food Per Year Using Only a Tenth of an Acre

There is a family that grows 7,000 pounds of organic food per year on land that’s only a tenth of an acre. Best of all, their produce supplies about 90 percent of their diet and they spend less than $2 a day per person on other kitchen goods. Not to mention, they make over $20,000 per year selling excess produce! 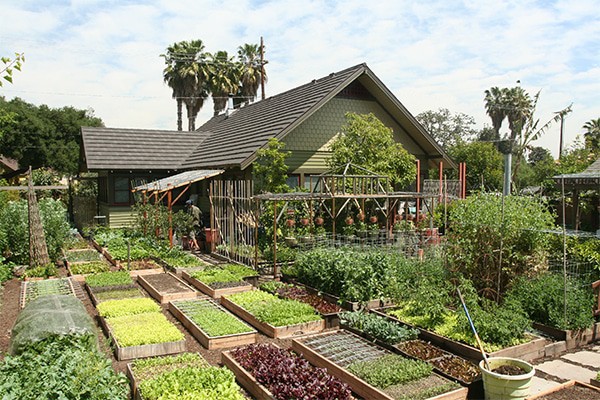 Just 15-minutes from downtown Los Angeles and only 100 feet away from a major freeway lie a small city lot that was transformed into a mini paradise.

On a fifth acre lot, minus the house, garage, and driveway, a family has converted the remaining tenth of an acre into a mini food forest that produces 7,000 pounds of food every year with no synthetic fertilizers.

What’s the secret to their abundance you ask? Permaculture methods that mimic Mother Nature, which helps create nutrient and bacteria-rich soil.

Conventional agriculture methods mostly strip nutrients from the soil until the land becomes a barren desert.

Not only doesn’t permaculture abstain from stripping the soil, but it also regenerates it, says permaculture guru Toby Hemenway.

When Jules Dervaes moved into his Pasadena home in 1985, there wasn’t any soil, only adobe-like clay. 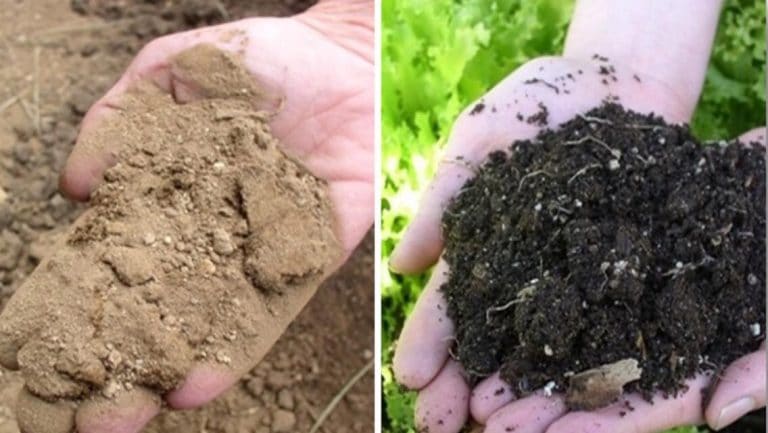 He and his family had to spend years bringing the earth back to life using chicken and goat manure, rock dust, fermented compose, and effective microorganisms.

They also make the most of their small space using a modified version of square foot gardening which they dub “square inch gardening.”

In square inch gardening plants are packed as tightly together as possible to prevent evaporation from the soil and save water. 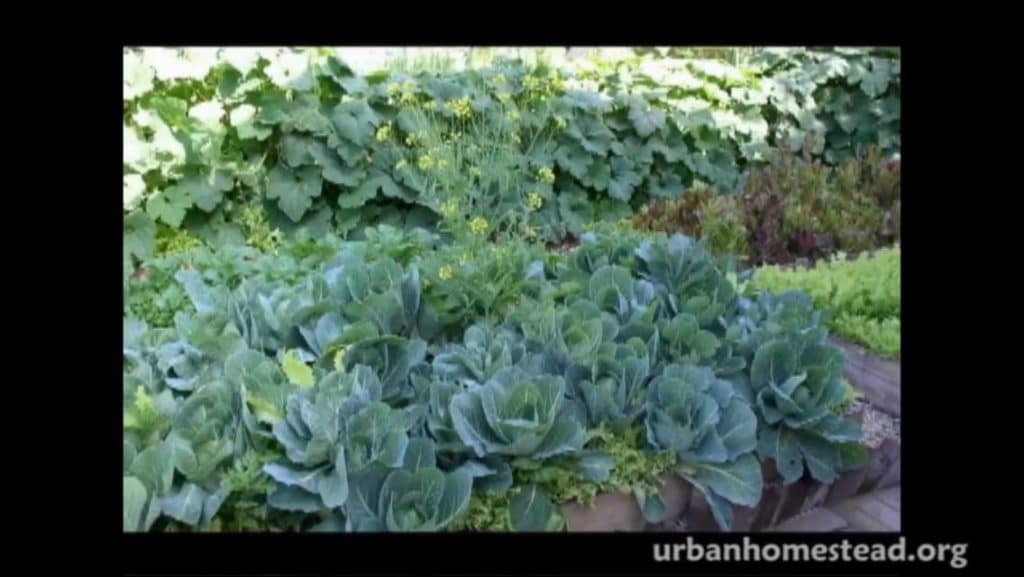 The Darvaes believe that soil should never be exposed to the elements. They ignore the traditional spacing recommendations on seed packages and sew them as close together as possible using symbiotic arrangements.

“Bigger vegetables like broccoli or peppers are planted with a carpet of greens – lettuce, arugula, etc., underneath … the green carpet acts like a living mulch, preventing weeds and keeping the soil moist,” it says on their website UrbanHomestead.org. 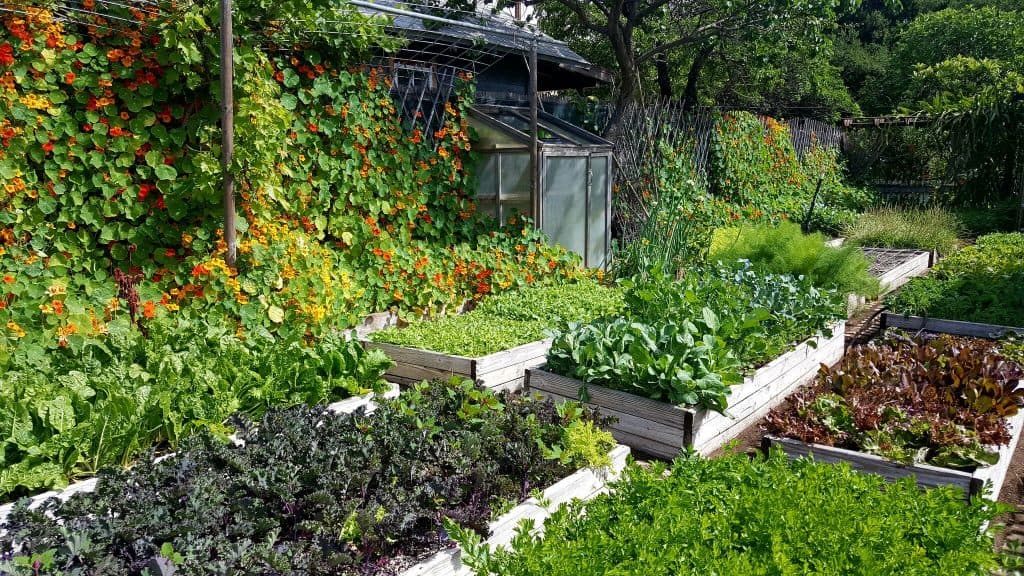 Not only does this make the most efficient use of limited space, but it also requires a lot less maintenance. Or, as the Darvaes say, “no rows, no hoes.”

They do everything by hand, except for when it comes to one of their favorite tools, a soil-block maker. This tool allows them to get new seedlings started in blocks of soil, which are ready to replace annual crops as soon as their season’s up.

According to Path to Freedom founder Jules Dervaes, he wanted to be a back-to-the-lander ever since the Vietnam War. But he had no idea his revolution would begin in Pasadena, California. He never intended to live in the fixer-upper house he bought there for the rest of his life, but a severe drought in the 1990s triggered him to begin the garden that has kept him there.

His lawn was costing him too much in time, money, and water. So he decided to take a stand by mulching his front yard and planting “something useful.” 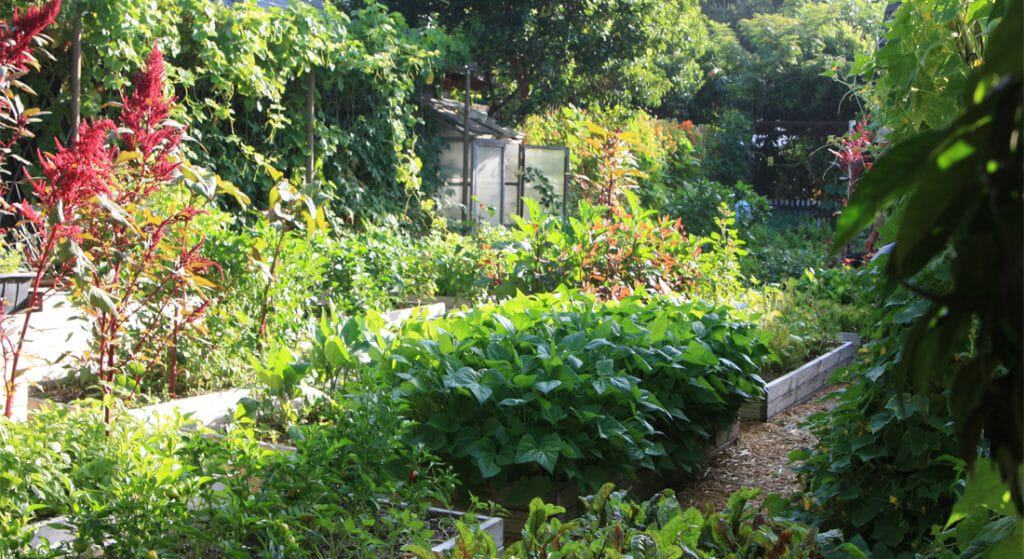 Darvaes says he was just “fiddling around” until he heard how GMOs had entered the food supply in 2001. After that, he “went a little crazy” and decided to find out just how much his little plot of land could grow. Hew wanted more acres, but couldn’t wait for that to happen, so he decided to work with what he already had.

“Dad started taking over every square inch, horizontal, vertical, the frontyard, the backyard and the driveway,” his daughters Anais and Jordanna say in the video.

“There were no models to follow, we just did it,” said his son Justin Dervaes.

“I believe growing food is one of the most dangerous occupations on Earth, because you’re in danger of becoming free,” the now deceased Jules says in the video.

Not to mention, the family also makes their very own biodiesel, and their home is almost entirely powered by solar energy! 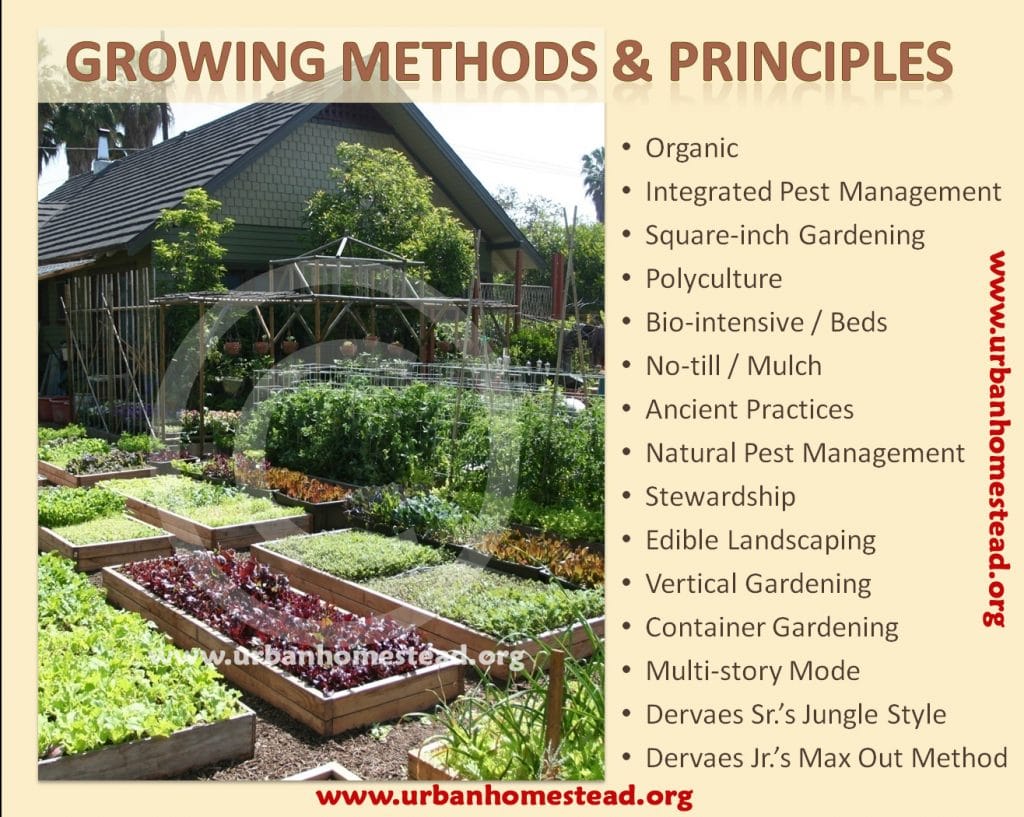 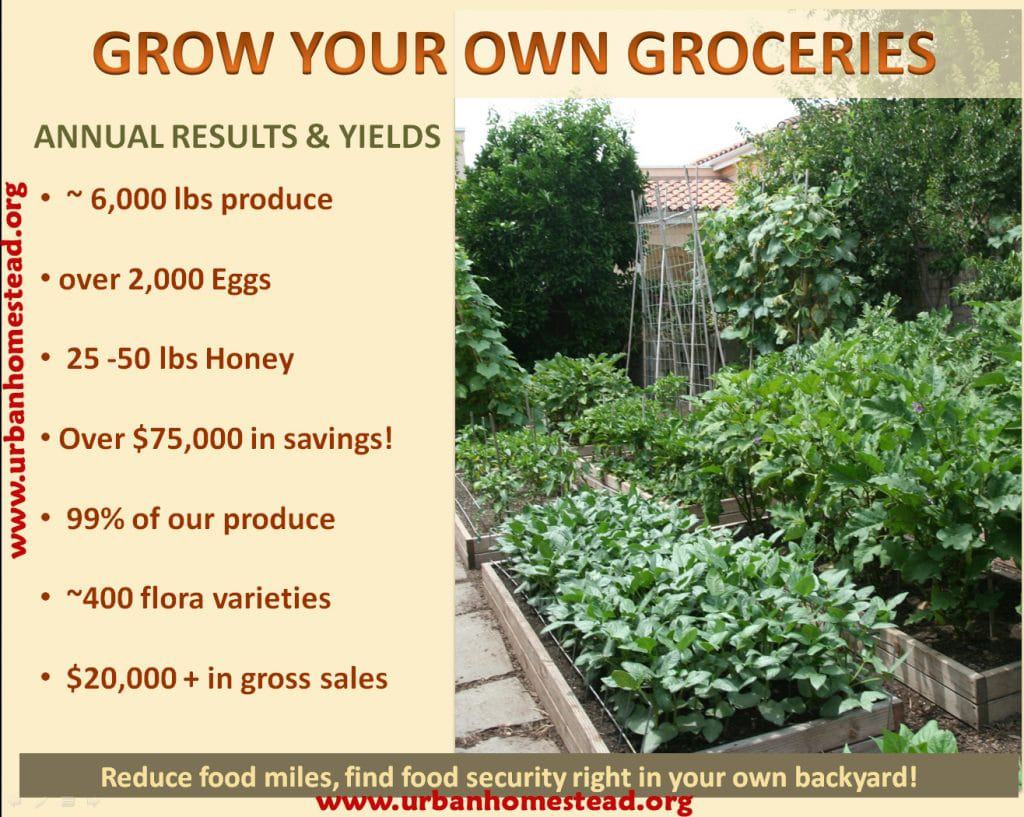 Wow! What a great example! Imagine if more people did this?