Home » Blog » Most young people don’t recognize these gadgets. Did you ever use one?

Everyone, no matter who they are, has had their lives touched by technology in some way or another. However, there are times when technological advancements take place so quickly that it’s impossible for us to keep up with all of them.

Those advancements change our lives, in mostly positive ways, but sometimes in frustrating ways as well.

One example of positive technological advancement is our ability to listen to any song at any time we want to hear it.

However, when many of us grew up, we had to listen to the radio for quite a bit of time before we heard the specific song we wished to hear.

As the world moves forward, times change, and new gadgets create new normals that were undreamed of just a few years ago.

Every once in awhile, however, it’s good to take a look back into the past to appreciate the simplicity of the times we once lived in.

For many, this could be a somewhat nostalgic feeling, but sometimes we also wonder how we ever survived in the first place.

We all have had this experience when looking through an old box and finding something that was once very popular, but today nobody knows what it is any longer. We may consider these gadgets from the “good old days,” but for the younger generation, it blows their mind to think some of these things ever existed.

Such is the case with these objects that look like old coins but are something very different. 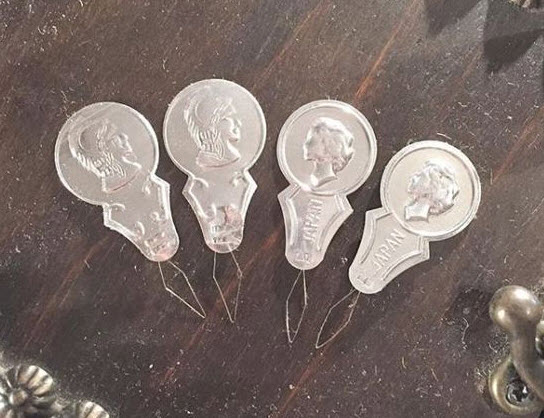 Not so long ago, almost every girl in America and around the world learned how to sew. With that skill, there were essential tools that were required which were stored in a sewing kit, including a pincushion, pins, scissors, needles, and measuring tape.

You may recognize those items today, even if you don’t sew. However, there are still some items, that we may not know. One of these items includes needle threaders.

To this day some people still use needle threaders, but those coin-shaped objects with thin wire in a diamond shape were quite the popular tool back in the day. 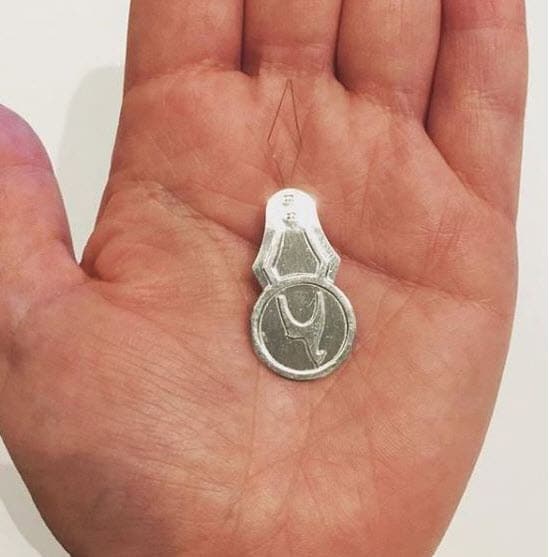 Just imagine trying to put a thread through the skinny eye of a needle? The task was quite tricky, but this little gadget made the process much more comfortable. 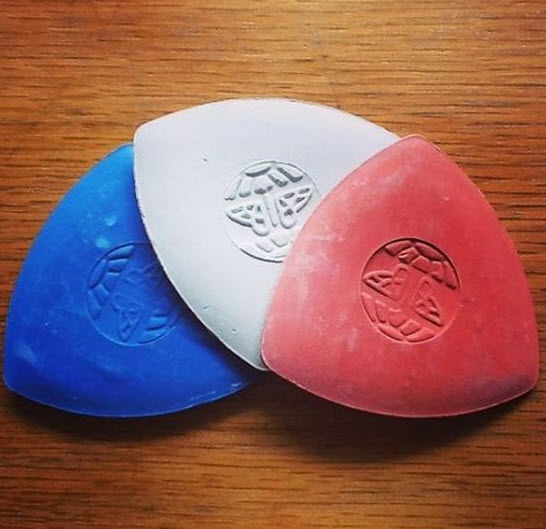 Another object most people wouldn’t recognize is tailor’s chalk. However, if you knew what a needle threader was, it’s likely you know about the objects shown below as well (although most people would probably mistake them for guitar picks).

Here are three other gadgets that are sure to draw looks of confusion from almost any teenager. 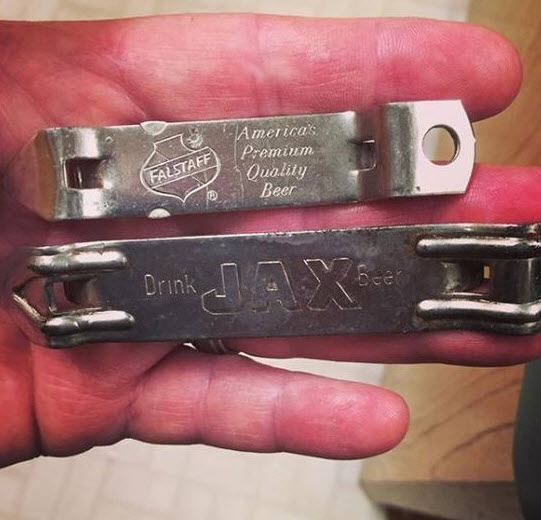 Give one of these to a kid today, and they’ll give you back a blank stare. But, back in the day before plastic twist tops were popular, you needed one of these to twist or pull off bottle tabs. They were also used to open cans. 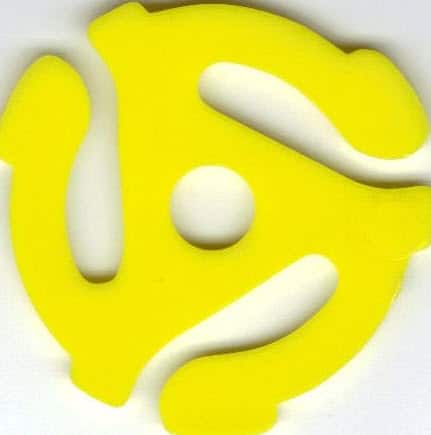 Unless a young person’s really into vinyl records, they will likely mistake this for a fidget spinner. But it’s actually a record adapter. Since very few people use records today, these adapters are relatively scarce. 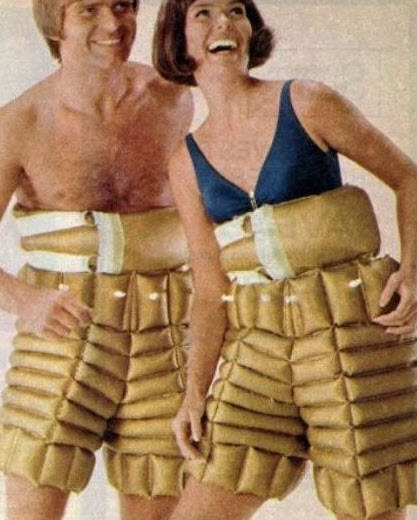 Not every gadget from the past produces feelings of warm nostalgia, some items such as Wonder Sauna Hotpants, are things most people would rather forget existed (especially if they owned a pair).

These incredibly awkward inflatable shorts were supposed to help you lose weight. The idea behind this terribly misguided fad was that they could melt body fat while you worked around the house.

But don’t snicker youngsters! Silly shortcuts to proper diet and exercise exist in every generation.