The world’s oldest olive tree located on the island of Crete is said to produce some of the finest olive oil in the world — and it’s doing so at the ripe old age of 3,000-years-old! 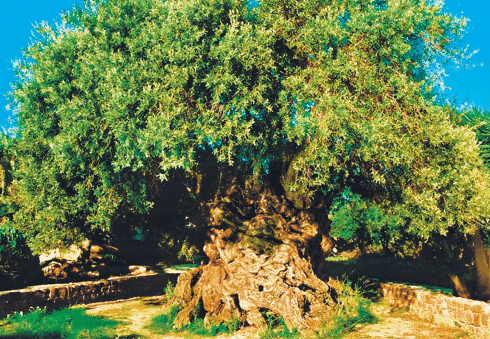 The Olive Tree of Vouves is said to be at least 3,000 years old.

Located in the village of Ano Vouves on the island of Crete in Greece, this beautiful tree is still producing some of the most delicious olives in the world.

The exact age of the tree can’t be determined because the Heartwood has already rotted away. But Tree-ring analysis of the remaining layers represents 2,000 years alone.

The sign at the site claims that it is 3,000, but scientists from the University of Crete estimate that it’s more likely closer to 4,000 years old.

One indicator of its age is the two cemeteries from the Geometric Art period discovered close to the tree, which lasted from 1100 to 800 BC. The tree was likely the centerpiece for the cemeteries.

The trunk ancient Vouves tree measures more than 40 feet around, with a diameter of 15 feet. 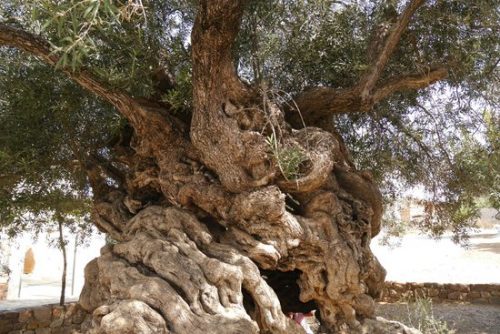 The trunk itself is now hallowed, so it is renewed outwardly as the Heartwood gradually rots away.

Because olive trees constantly renew their wood, they have represented the symbol of immortality since ancient times.

Olive trees are drought-resistant, fire-resistant, and disease resistant, which is are a few of the reasons for their longevity and widespread use in the Mediterranean.

The tree belongs to a local variety of tsounati, an evergreen olive tree widely believed to produce the very best olive oil in the world. 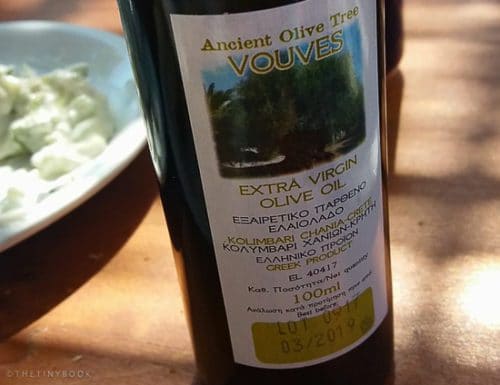 Also, the area in which the tree is located is thought to be the very cradle of olive cultivation.