A teenager won the Google Science award for his genius invention that could cheaply and efficiently remove most microplastics from the ocean. 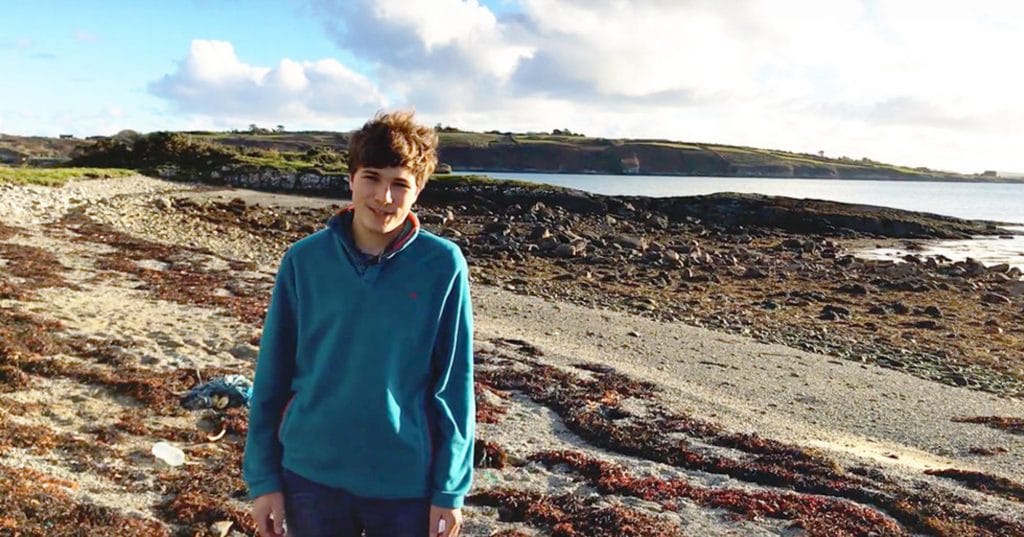 Because microplastics are so tiny — some as small as grains of sand — scientists have had difficulty finding a way to remove them from the soil and sea.

However, in 2018, an Irish teenager came up with a promising solution for this seemingly insurmountable task. He invented a technique using a magnetic liquid that attracts the microplastics to it.

Fionn Ferreira, 18, was kayaking one day when he came across a rock covered in oil from a recent spill. Clinging to the oil were numerous tiny pieces of plastic.

Oil and plastic are both nonpolar, which makes them likely to stick together in nature.

Ferreira pondered if the effect could somehow be recreated using ferrofluid, a magnetic, oil-based liquid invented by NASA in 1963 to keep rocket fuel moving in zero gravity.

The teen produced a more environmentally friendly version of the liquid than used by NASA, using recycled vegetable oils and magnetite powder, a mineral found in nature on the Earth’s surface.

When he drops the liquid into a container of water contaminated with microplastics, it quickly disperses and turns the water black.

He then dips a magnet into the water, which then pulls out all of the ferrofluid, as well as the plastic, leaving only clear water behind.

The easiest microplastics to remove were the microfibers from plastic clothing such as spandex, Lycra, and polyester.

Washers and dryers are currently not able to filter these microfibers, which constitute a major source of plastic pollution in our oceans. This is great news for that application.

Also, Ferreira’s invention can be utilized at wastewater treatment plants working as sort of a catch-all for microplastic pollution before it can enter our lakes, rivers, and oceans.

Ferrier won the Google Science award, $50,000, plus educational funding for his invention.