Now that it’s perfectly legal to grow hemp in the United States, a man who has spent the last decade developing hemp “hardwood” is building a $6 million factory to begin mass production.

His patented product called HempWood” is comprised of compressed hemp pulp fibers, held together with a soy-based glue.

While this may sound like some kind of newfangled version of particleboard, it’s far from it.

In fact, this new product looks and feels like oak, but it is actually 20 percent harder than the popular hardwood tree.

It also grows 100 times faster than Oak. While it takes an oak tree at least six decades to mature, it only takes hemp six months. 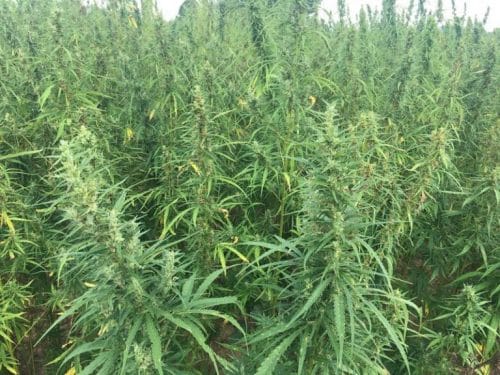 This is fantastic news for oak trees, as they have become the most endangered trees on the planet because of the high demand for solid oak furniture.

The owner of the new startup company Fibonacci, Greg Wilson, was a pioneer in the bamboo flooring industry long before hemp became legal.

The company uses technology made popular by China’s strand-woven bamboo industry, in addition to technology created at Wilson’s other company SmartOak, which makes engineered wood products using logs that would otherwise be converted into wood chips.

HempWood will be used to make boards, blooks, flooring, cutting boards, and even skateboards, all at prices far less expensive than oak, according to the company.

The company will be headquartered in Kentucky, where they are already cultivating over 40,000 acres of hemp.