This year Independence Day is a little bittersweet for my family. 2013 is our first year as a military family which brings a special pride and personal meaning to a holiday normally referred to by its date. We are now a part of the enduring legacy that began with those brave men and their equally courageous families who decided to strike out for their independence so long ago. It’s humbling to join the ranks of these amazing families who give so much so we can have this freedom we so often take for granted.

The bitter part is that it is our first year being separated for our new soldier, as he has spent the last 5 months at training. We were so hoping that he would return in time to celebrate with us, but that is not the case. So although we may enjoy the fireworks, the BBQs, and all the festivities that will keep us occupied. A part of us is far away and we miss him.

Through this induction into military life I’ve gained a new understanding of independence and self reliance. I use to think that being self reliant meant I was able to do EVERYTHING on my own. That’s a pretty hefty burden to carry into a new chapter of life, especially for some one as stubborn and independent as I am. But with all things the Lord has turned a trial into a lesson. No one is truly independent; we can’t do everything on our own. This is why He put us in marriages and families, communities and neighborhoods. He proved this truth when His own Son offered his life so that we would be able to overcome sin, something we couldn’t do on our own.

As I’ve let go of my definition of independence and opened my heart and life up to others for service and deeper friendships I have discovered the ultimate truth. I didn’t lose my independence when I admitted I couldn’t do something on my own (or in many cases at all), I gained a new independence. Freedom for unrealistic expectations, impossible ideals, and the guilt I carried for all I couldn’t do. Independence came when I accepted that where I am and who I am is OK.

And that is certainly worth celebrating!

This Independance Day I would like to say thank you to the angels that have surrounded our family in body and spirit. To wonderful friends and family who babysat, mowed lawns, picked up my kids at the last minute, and smiled when I droped the ball. Thank you for the messages of encouragement, comfort, and reminders that I was doing great. You pulled us through to the light of a new dawn. So, just as our forefathers had to band together to gain Independence, we too have to band together to help each other. Look to those in your community who may need your love, service, or forgiveness. You’re small act of kindness may be what brings them through to their own independence day.

Its been a few weeks of reunion bliss, but I would be neglectful if I didn’t share the rest of the story.

After writing the above post, I stayed up until 1am cleaning my house, still clinging to the hope that he was pulling my leg and would surprise me the next day even though all signs pointed to the fact that he wouldn’t be home until Saturday. I even hung the welcome home sign we had made that. The next morning I dragged myself out of bed and woke the kids for our church’s flag raising and breakfast. I didn’t want to go and be reminded of all the families, complete families, enjoying this holiday together. However I had told my ever watchful father-in-law that we would be there and didn’t want to worry him by being a no show. We piled into the suburban and made the drive, on the way getting a call from my hubby about how he was helping set up for the afternoon festivities at the base where he was training on the other side if the country, my last hope gone. It was final, he would not be home today. Naturally we were late to the flag raising (being late was something I’ve come to accept while he was gone) so we pulled into the parking lot just as they were raising the flag, somehow that actually made me feel worse. especially since a random biker had stopped to respectfully watch the ceremony. We found dad and my daughter who had spent the night with my in laws.  The choir began to sing God bless America and I felt I was safe as long as I left my sunglasses on and focused on the choir. Then I hear one of the kids, “DAD!” and felt a hand drop onto my shoulder. I whipped around to see the most handsome man in uniform standing behind me 3 little kids hugging his legs and my daughter smiling that gotcha smile. I’ll admit it, I kinda squealed (loudly). He had come home! This was by far the best Independence day ever! 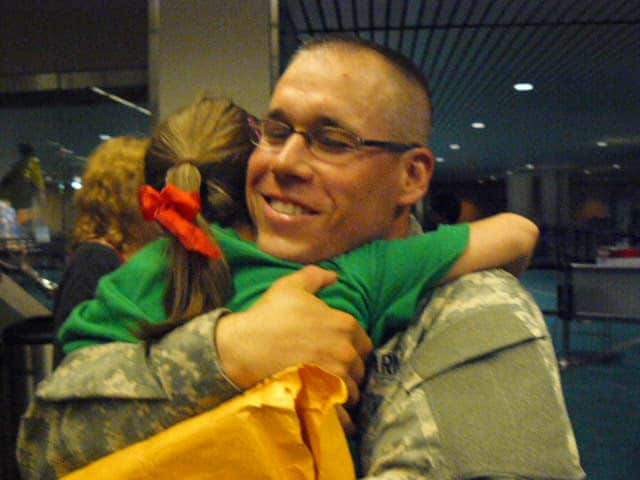 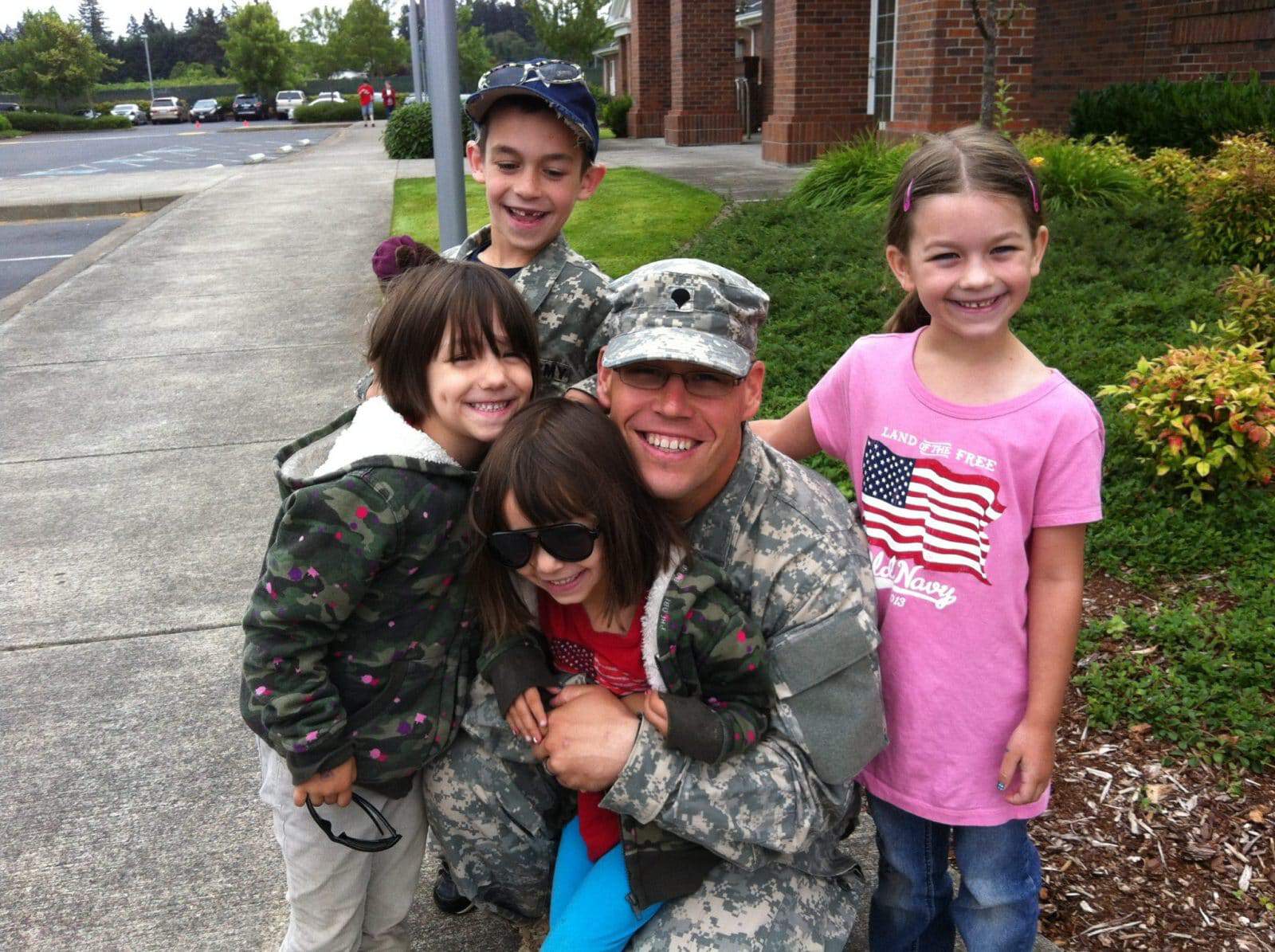