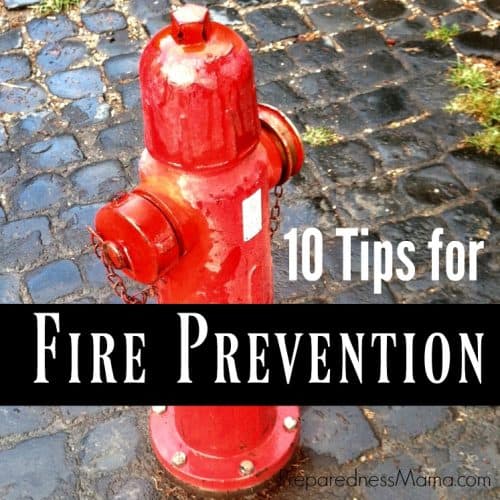 During National Fire Prevention Week, which is October 9-15 we focus our attention on fire safety and prevention. You know, of course, that you should practice fire safety all year long. Many potential fire hazards will be alleviated if we simply would take the steps needed to fireproof our homes.

The first National Fire Prevention Day proclamation was issued in 1920 by President Woodrow Wilson. Since 1922, Fire Prevention Week has been observed on the Sunday through Saturday period in which October 9 falls. It is the longest running public health and safety observance on record. The President of the United States has signed a proclamation proclaiming a national observance during that week every year since 1925.Fire Prevention Week was established to commemorate the Great Chicago Fire, the tragic 1871 conflagration that killed more than 250 people, left 100,000 homeless, destroyed more than 17,400 structures and burned more than 2,000 acres. The fire began on October 8, but continued into and did most of its damage on October 9, 1871.

These 10 tips will keep you safe in the event of a fire. Be sure to download the Caregiver’s Checklist for a handy reference.

Play it safe, plan your escape – How would you escape if there was a fire in your home? What if the major escape route was blocked? You should plan for two ways to escape from every room. Visit the National Fire Protection Agency (NFPA) page for simple instructions on how to make a home fire escape plan.

Teaching your children about fire safety is the next big step for fire prevention and preparation. Don’t just tell them not to play with matches but teach them possible fire hazards and to be aware of their actions. It’s the little things like tossing a shirt over their lamp or leaving a blanket too close to the heater that moms don’t always catch but kids can prevent. If you put your child in charge of fire safety in your house, you can guarantee that they will take it seriously.

Practice the escape plan regularly. There is a reason that schools and businesses have you practice your escape route. When an actual emergency happens, you will already have the knowledge about what to do, and where to go, available to you. Practice makes perfect. It also saves lives.

Practice that escape plan with your family on a regular basis and at different times of the day. Yes, I’m suggesting that you should get your family up in the middle of the night. That is the time when you need to be most prepared. Almost three-quarters of Americans do have an escape plan; however, more than half never practiced it.

Many bedroom fires are caused by misuse or poor maintenance of electrical devices, careless use of candles, smoking in bed, and children playing with matches and lighters. Most potential hazards can be addressed with a little common sense. For example, be sure to keep flammable items like bedding, clothes and curtains at least three feet away from portable heaters or lit candles, and never smoke in bed. Also, items like appliances or electric blankets should not be operated if they have frayed power cords, and electrical outlets should never be overloaded.

Install and maintain a working smoke alarm outside of every sleep area and remember to change the battery at least once a year, twice is better. (we do ours in April and October) Where should you have smoke detectors in your home? – Inside each bedroom, outside each sleeping area and on every level of the home.  Smoke alarms should be replaced every 10 years from the manufacture date, not when you installed them.

Are you the kind of cook that always sets off the fire alarm? Consider purchasing Photoelectric Sensor Smoke Alarms

, which are better at catching smoldering fires. Two of every five home fires started in the kitchen and in 2011 unattended cooking was a factor in 34% of reported home cooking fires.

NEVER disconnect a smoke detector or remove its batteries! When a smoke alarm fails to operate, it is usually because the batteries are missing, disconnected, or dead. Almost three of five (60%) of reported home fire deaths in 2007 to 2011 resulted from fires in homes with no smoke alarms or no working smoke alarms.

Don’t be the family that thinks it can’t happen to them.

Teach everyone, and practice, the “Stop, Drop, and Roll” technique in case clothing catches on fire. You can make this a fun and non-scary activity for the kids. 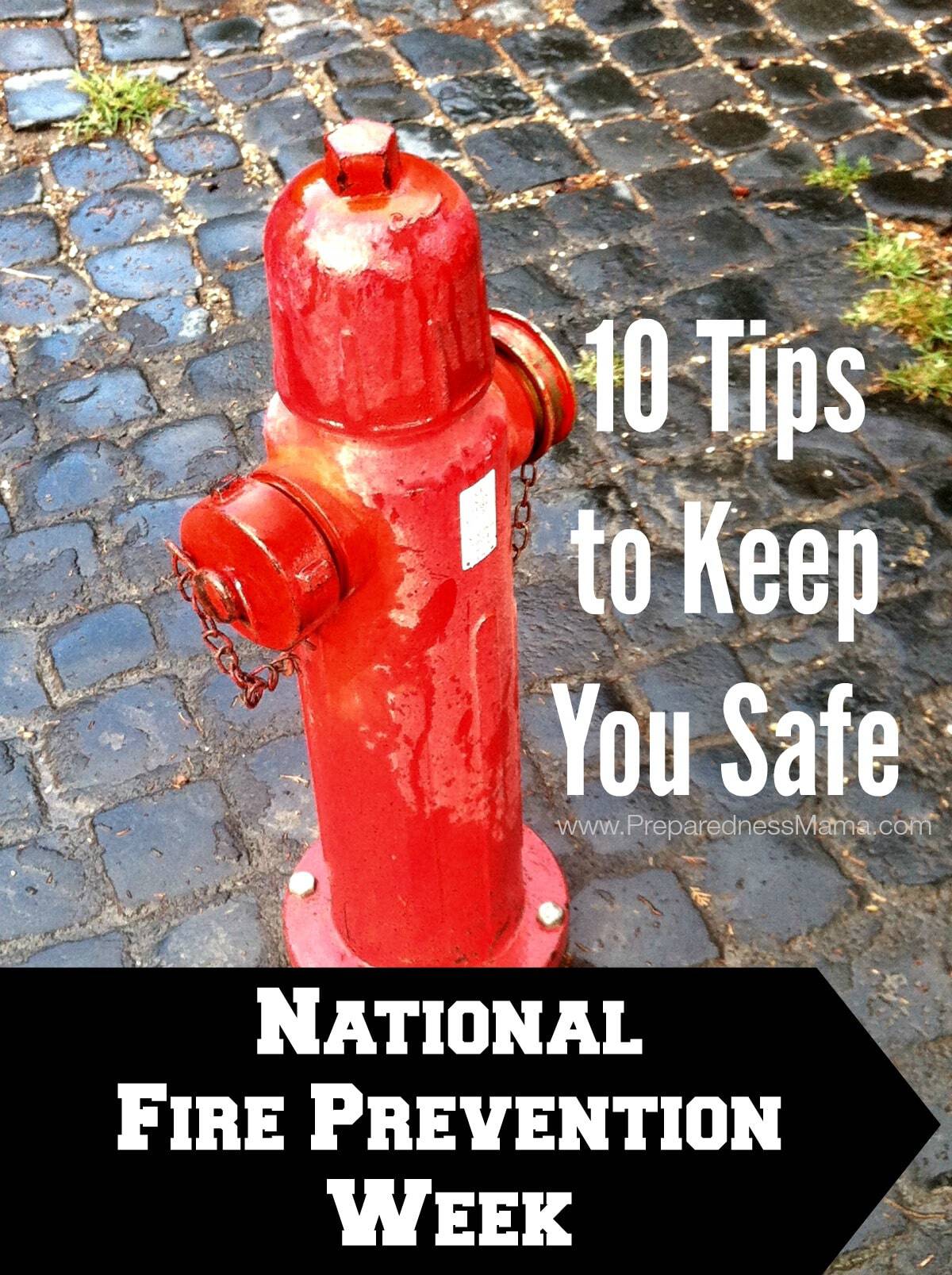 and learn to use it. Visit our previous post about fire extinguisher safety, the different kinds of extinguishers and a video on how to safely use the PASS method.

Remember the rules about exiting a building filled with smoke:

These 10 tips for fire prevention week are a gentle reminder of the steps you need to take to be safe in the event of a house fire. What other ways have you planned to keep your family fire safe?