One of the easiest ways to prevent disease in the garden is to practice crop rotation. Basically, it means that you should not grow the same kind of crops in the same place every year. Best practices call for rotating related crops through your garden beds on a 3 or 4-year cycle. 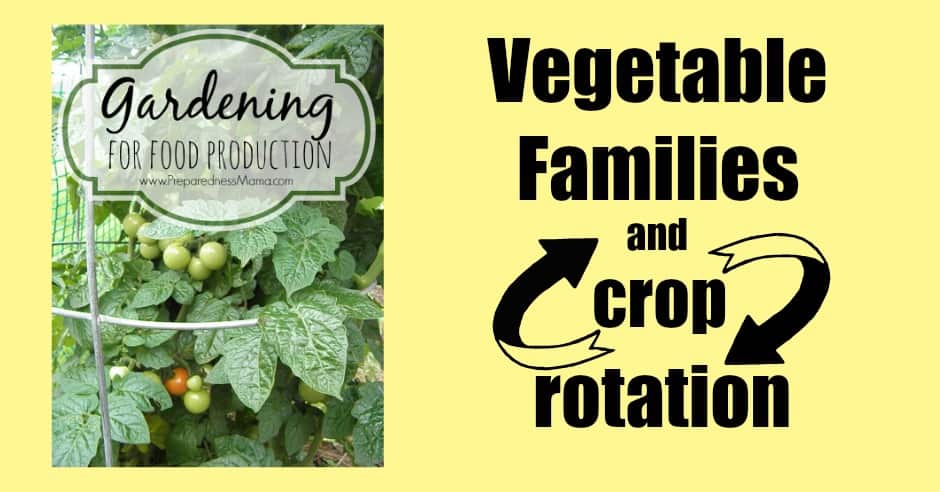 I rotate my garden by the vegetable families on a four-year rotation  schedule. For example, tomatoes are highly susceptible to wilt diseases and the next year’s crop will grow best when it is planted in a different place each year. The key is, that area should not be replaced with another family member, such as peppers since the Solanaceae group can be infected by the same fungus. That’s why I practice crop rotation by vegetable families.

The vegetable families I use in crop rotation are:

The practice of crop rotation has been around on large farms for many years and is a major contributor to your soil health.

Farmers who practice long-term crop rotation can reduce soil erosion on their land. A study conducted in 1988 found 6 inches more topsoil on an organic farm than on an adjacent conventional farm in the Palouse region of Washington state.

The 7,700-acre organic farm had been managed without the use of commercial fertilizers and with limited use of approved pesticides since its soil was first plowed in 1909. Researchers compared the organic farm’s topsoil to that of a nearby conventional farm. The 1,400-acre conventional farm, first cultivated in 1908, began receiving recommended rates of commercial fertilizers in 1948 and pesticides in the early 1950s.

The difference in topsoil depth between the two farms was attributed to significantly greater erosion on the conventional farm between 1948 and 1985. Researchers attributed the difference in erosion rates to crop rotation because the organic farmer included green manure crops within the rotation plan while the conventional farmer did not. Source: Reganold et al, 1988

We often think that crop rotation is only for big plots of land, but it works just as well in your home garden. Erosion will be lessened and you will be able to limit the amount of pesticides used on your food.

Many gardeners rotate their crops by memory, making decisions about where to plant on the day they break ground. To make the most of crop rotation you need detailed records of where crops were grown in the past, as well as a written plan for how crops will be arranged in the future.

The simplest way do do this is to make a map of your garden plots. Label them with names or numbers, and make copies of the layout for future years. After planting day take detailed notes and at the end of each season fill one in and date it, noting any serious pest or soil problems in a field.

Before the next year’s growing season, pull out your old map and use it to plan where you will plant the current year crops. You should aim for a rotation schedule that has the most years possible between planting similar crops in a given location. Some people choose a three year plan and others go for four year crop rotations.

Some crops are heavy feeders that deplete garden soils while other crops are light feeders and others even help to build soil health.

A typical rotation in my yard would look like this: 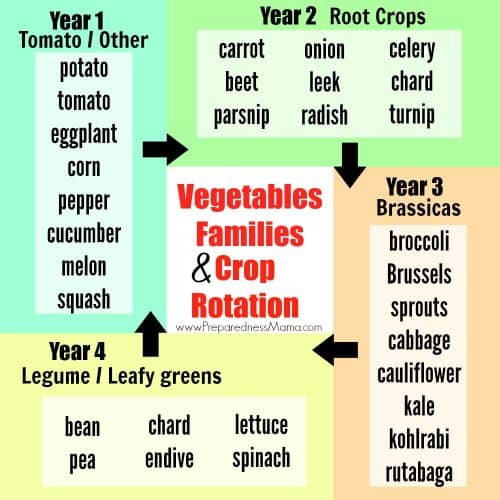 Adding a simple crop rotation schedule to your garden plan can make a huge difference in crop yields and keep your soil healthy year after year. Give it a try.