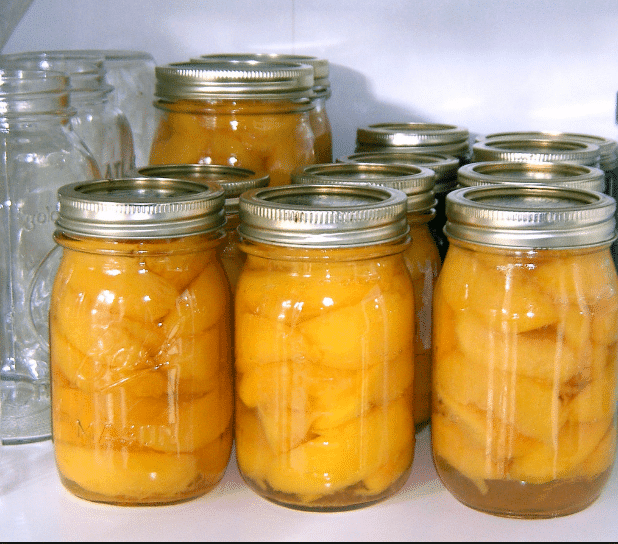 There's nothing like opening a jar of canned peaches on a dreary winter day. Home-canned peaches are a taste of summer that can be enjoyed all year round. They're a favorite of home cooks because they're packed with nutrients and can be added to desserts, muffins, smoothies, or enjoyed by all by themselves. Best of all, the canning process is a breeze. Canning peaches in your home kitchen doesn't require much in the way of special equipment or utensils, but you'll need to select the right ingredients and follow a few simple steps. We'll teach you everything you need to know about canning peaches at home.

Preparing the Ingredients and Equipment Needed for Canning Peaches

It all starts with fresh peaches, which can be found by the bushel at farmers markets, grocery stores, the neighborhood orchard, or from your own backyard harvest during the late summer months. When canning peaches, you want to select fruit that is sweet, high quality, and ripe. Look for peaches that are not mushy but aren't rock hard either. Ideally, the peaches are ripe enough that they separate easily from the pit without completely disintegrating into a runny mush. Be sure to use yellow peaches for canning; white peaches are better preserved in the freezer.

Once you've determined where you'll get your peaches from, make sure you stock up in a big way. Canning usually requires a large volume of fruit. Roughly 17 pounds of fresh peaches will yield 7 quarts of canned fruit. If you're using pint jars, you'll want to have about 11 pounds of peaches in order to fill 9 pints. So if you have a bumper crop, canning peaches is a great way to put the abundance to use. To hasten the ripening process for peaches that aren't quite ready for canning, try storing the fruit in a brown bag at room temperature for 24 hours. 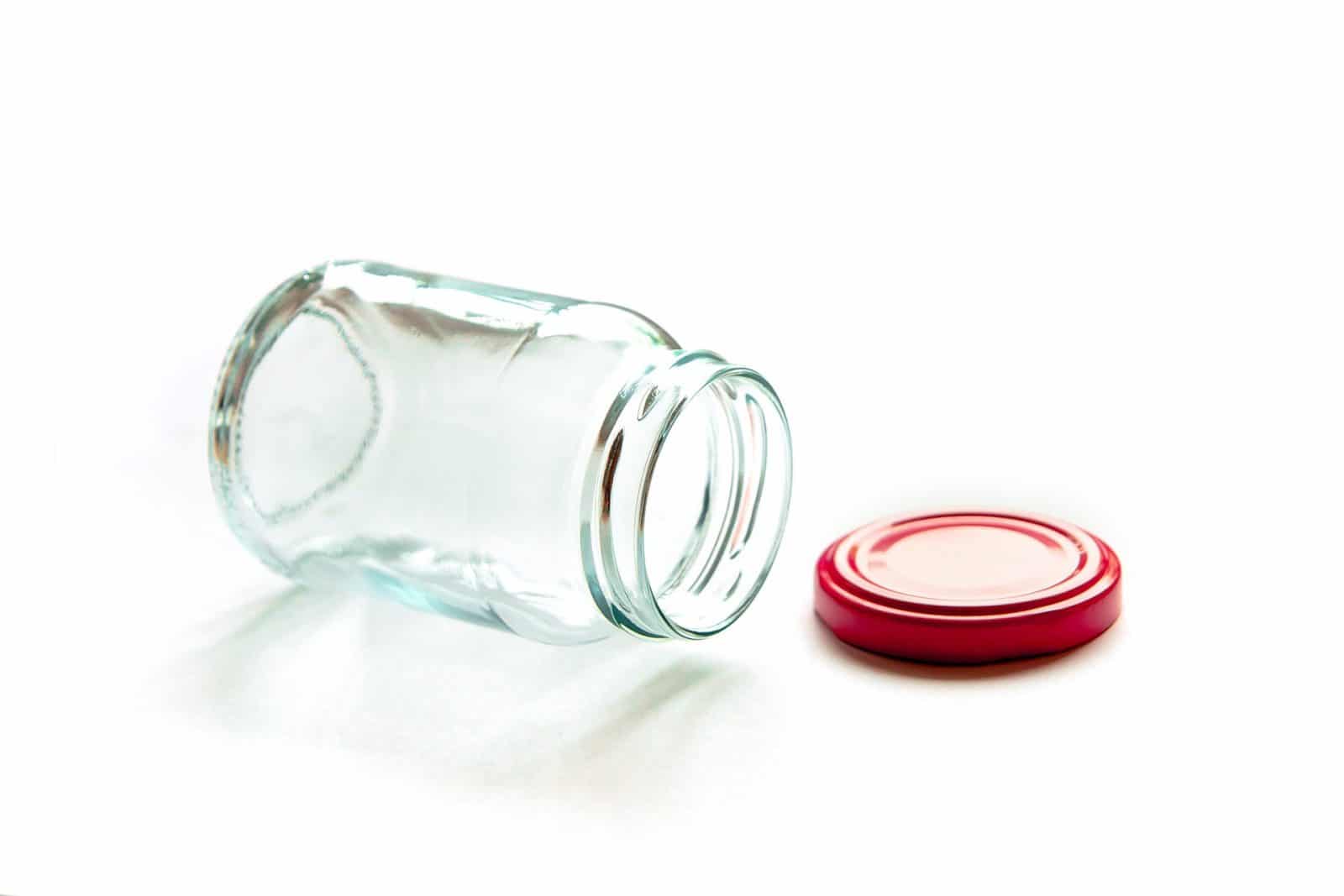 Much of the equipment you'll use involves items already found in home kitchens, but you'll still need to spend some time gathering and preparing your utensils. The glass jars that you plan to store your canned peaches in, for example, need to be sanitized, which can be done either by running them through a dishwasher or by boiling them in water for 10 minutes. The lids you plan to seal the jars with also require sanitization, which can be accomplished by boiling them in water for 5 minutes. Other pieces of equipment you'll want to have on hand while canning peaches include a slotted spoon, a timer, a sharp knife, mixing bowls, kitchen towels, and tongs or a jar-lifter for lifting jars into and out of hot water. 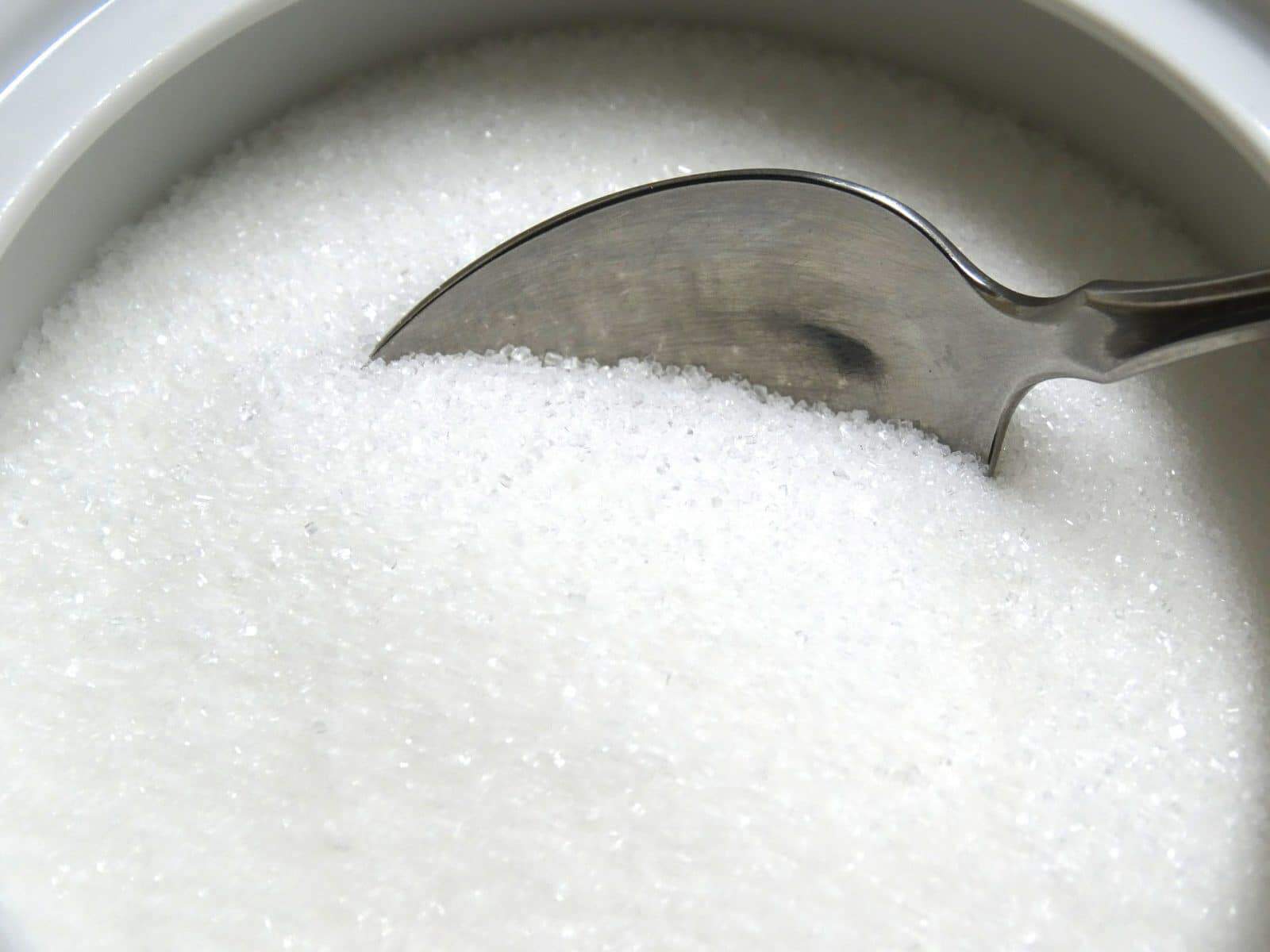 Canned peaches are generally packed in either apple or white grape juice or a syrup made of water and sugar. The syrup or fruit juice helps maintain the fruit's flavor, color, shape, and texture. A simple light syrup can be made by combining 2 cups of sugar and 6 cups of water in a sauce pan, bringing the mixture to a light boil, and stirring the pot until the sugar has dissolved.

Some home cooks prefer to can peaches and other fruit in heavier syrups that are made with even more sugar. But for a lighter alternative, try mixing one tablespoon of honey into a cup of water. Simmer the water and honey and allow the honey to dissolve. If that's not quite sweet enough, add extra honey to your liking. 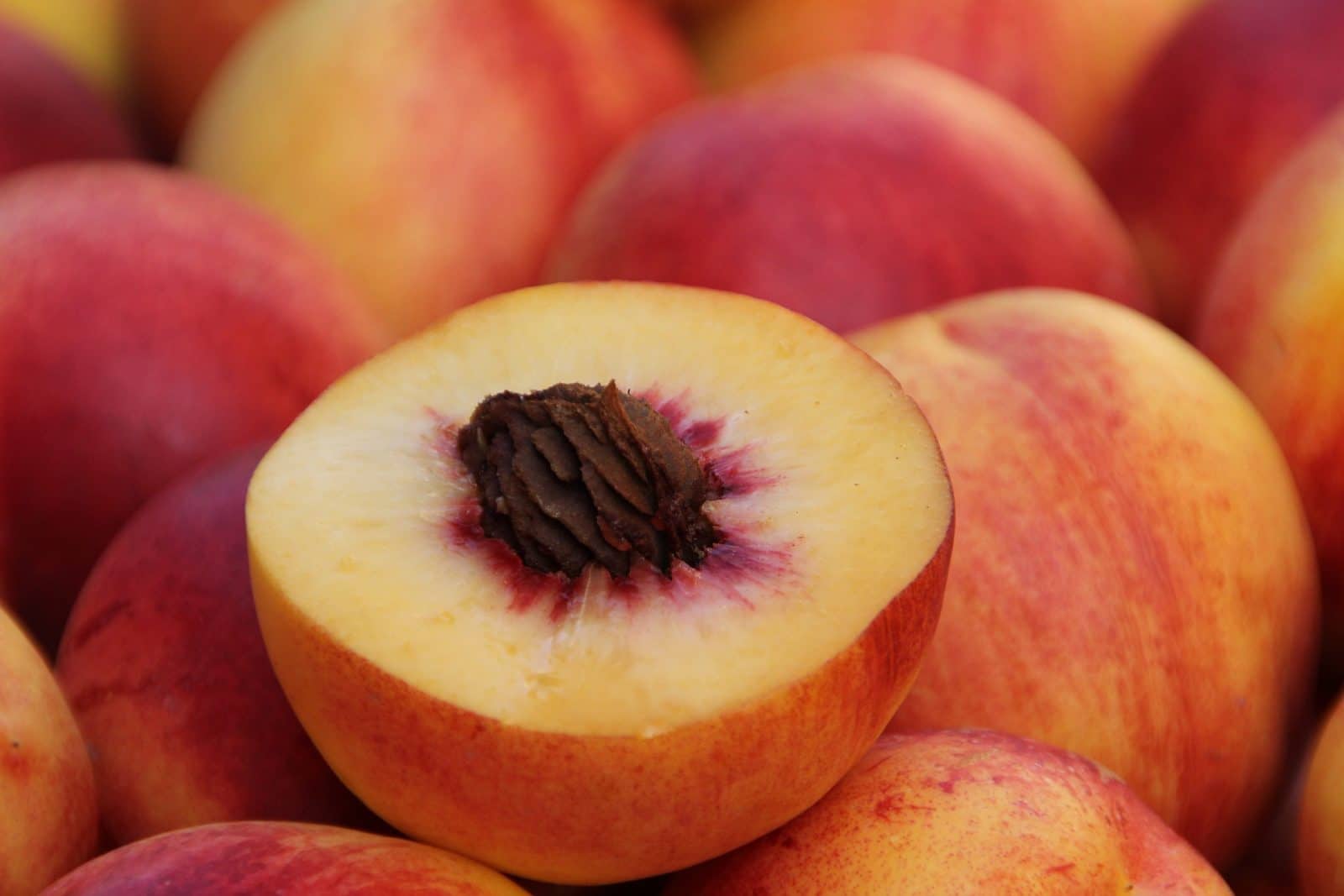 Once you're ready to start canning, you'll begin with the peaches, which need to be washed in lukewarm water and peeled. An easy way to peel the peaches is to drop them into boiling water for 20 to 45 seconds and them submerge them in a bath of cool water.

The skins of the peaches will slide off easily after this process. Next, cut the peaches to your desired size, either halving them, quartering them, or slicing them. Be sure to cut away and discard any brown or bruised spots. Sprinkle the freshly cut peaches with lemon juice, which will keep the fruit from browning.

Fruit Fresh, a product that can be purchased in grocery stores that keeps freshly cut fruits from browning, can be substituted for lemon juice. Later on in the process, if you notice the peaches starting to brown once you've scooped them into the jars, feel free to sprinkle additional Fruit Fresh or lemon juice into the top of the jar. 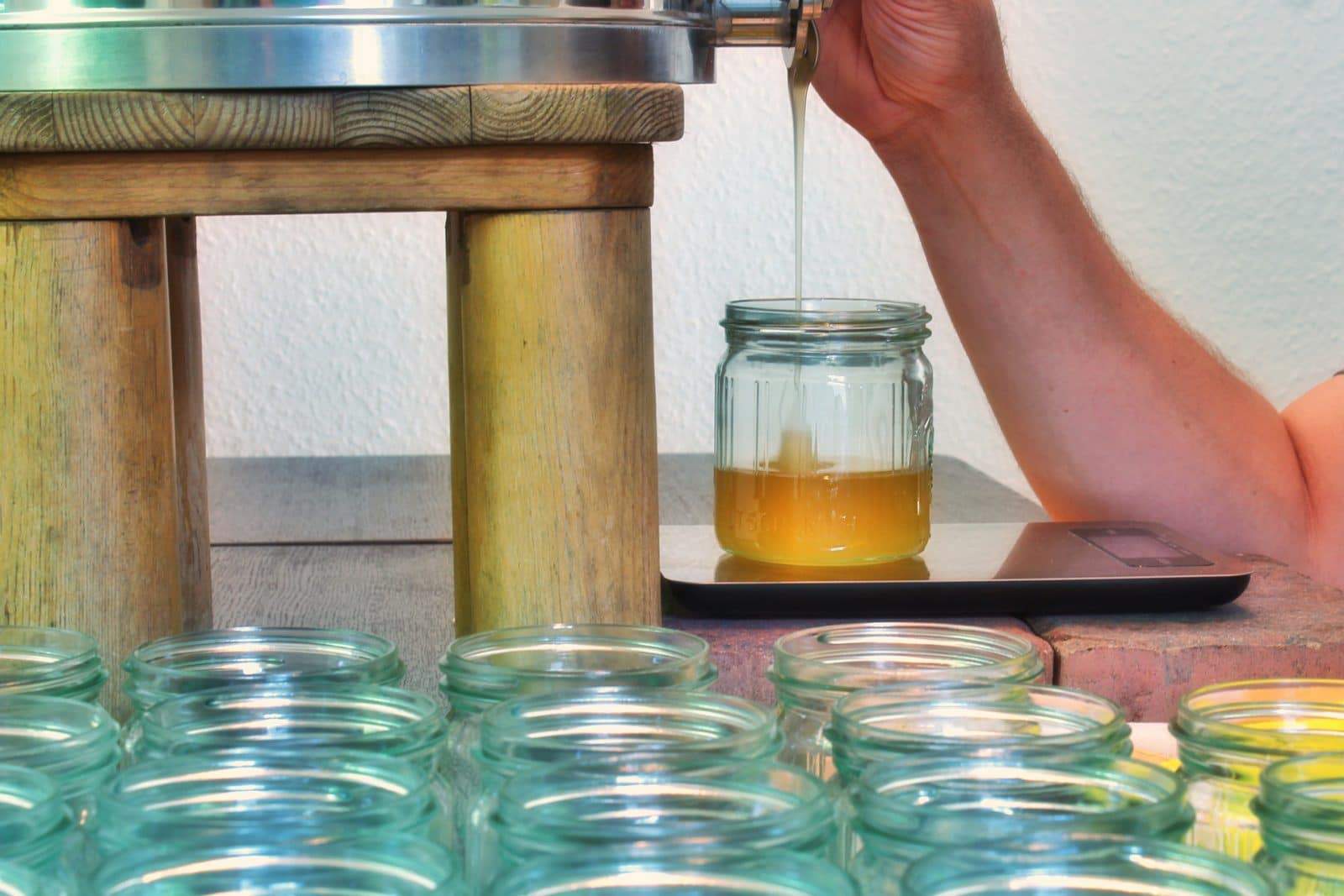 You're now ready to begin filling your jars. Put the peaches into a pot of simmering syrup for roughly 5 minutes and then scoop the warmed fruit into the jars, leaving roughly an inch of space at the top of each jar. Top off each jar with some of the boiling syrup, leaving a half-inch of room at the top.

Another approach to canning peaches is to 'cold pack' them, which means scooping the cold fruit directly into the jar without first warming it in syrup. When cold packing, you still want to leave space at the top of the jar, part of which will be taken up by the boiling syrup you pour on top.

Tap the jars to remove any air bubbles that were created as the fruit was ladled in. Clean the tops of the jars by wiping them with a damp cloth and then screw on the lids. For a twist on traditional canned peaches, try putting a cinnamon stick in the bottom of each glass jar before filling it with fruit.

If you're canning peach halves, packing them cavity-side down will allow you to fit more into the jar. In some cases, if the peaches are packed too loosely or the syrup used is too heavy, the peaches will start to float in the jar. Aim for a lighter syrup and pack the peaches densely into the jars without crushing them. 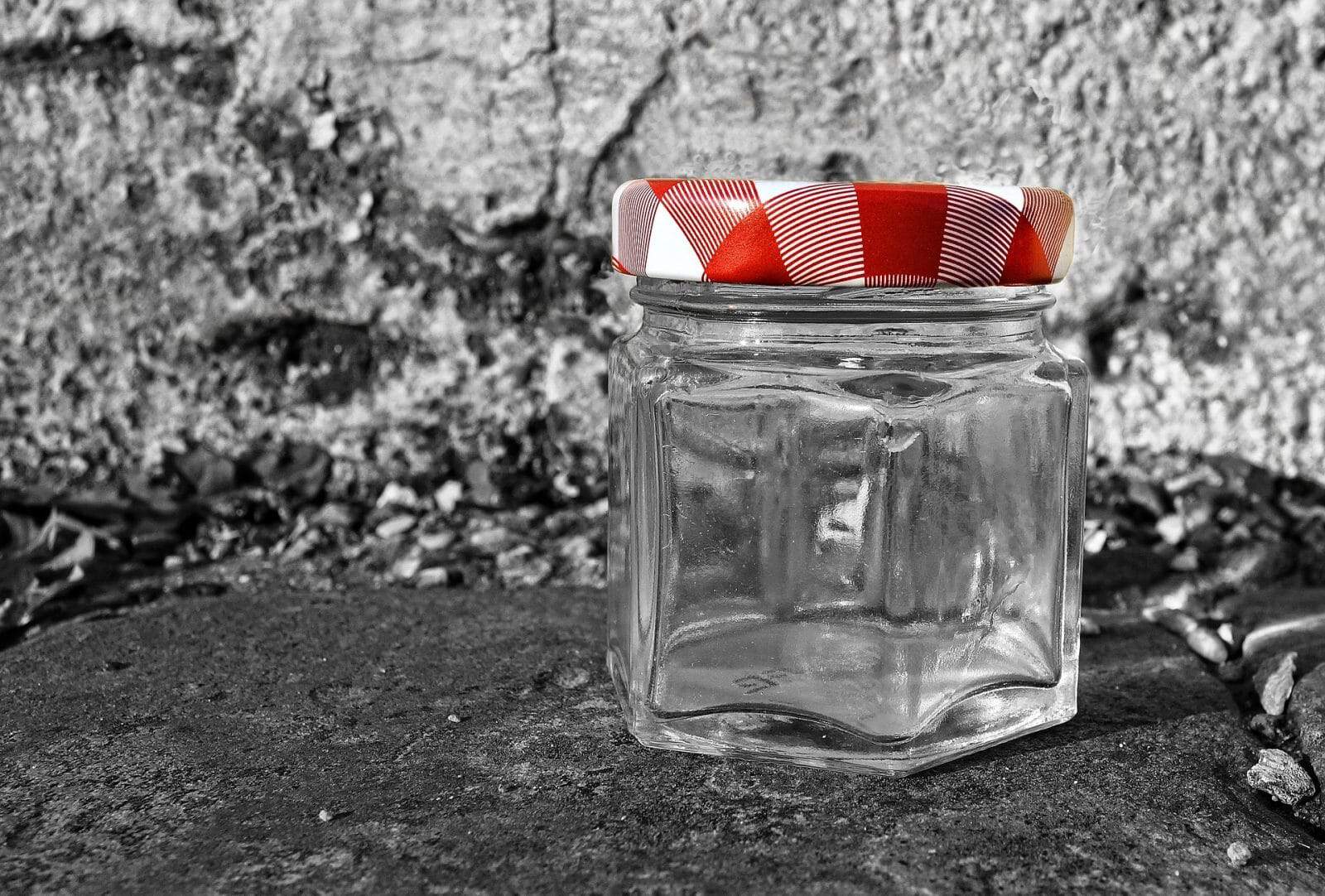 Once they are lidded, the jars should be submerged in a water bath canner, which is a kettle specifically designed for canning that contains a rack to hold the jars. Alternatively, you can put the jars in a large pot of boiling water on the kitchen stove. Make sure each jar is completely covered with at least one inch of water and leave it in the boiling water for 20 to 30 minutes.

Using tongs or a jar-lifter, gently remove each jar from the water and allow it to cool. It's also a good idea to make sure that each jar is completely sealed before storing it. If the can of peaches is sealed, the lid should not pop up and down when pressed.

If you find that a jar did not completely seal, pack those peaches into a new jar and start the process over. Alternatively, refrigerate the peaches from that jar and enjoy them in the next several days.

Preservation and Tips for Canning Peaches 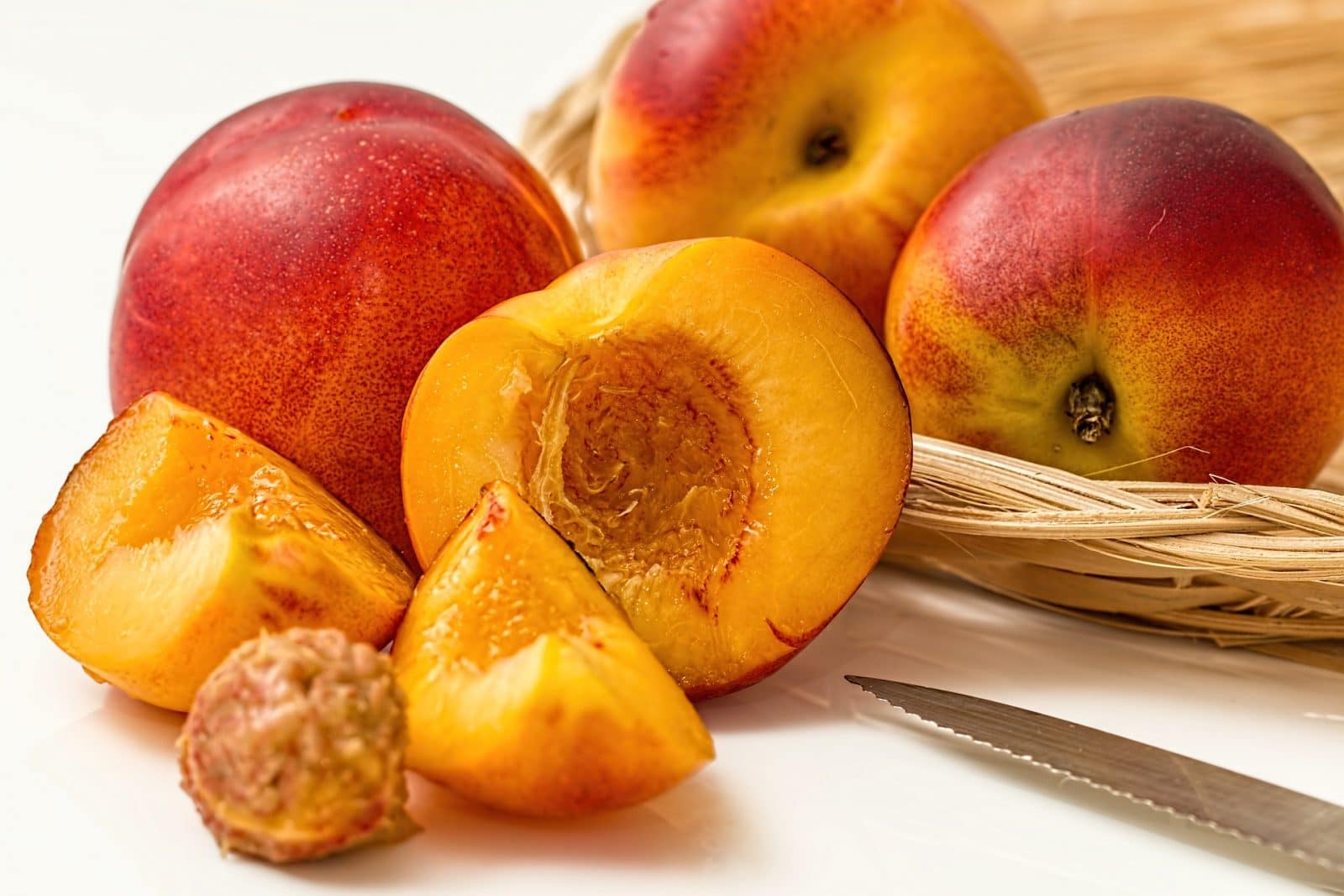 Before you store the cans of peaches, loosen the rings on the lids to ensure that they don't rust in place. Once the jars have completely cooled, store them in a dark, dry, cool place, like a basement or kitchen pantry. Canned peaches are best eaten with 18 to 24 months, although many jars will last even longer.

Don't be alarmed if your canned peaches develop a blue, red, or pink hue after canning. This is the result of chemical changes that occur naturally as fruit is heated. Of course, if you notice mold or a foul odor, these could be signs that the peaches are starting to spoil. 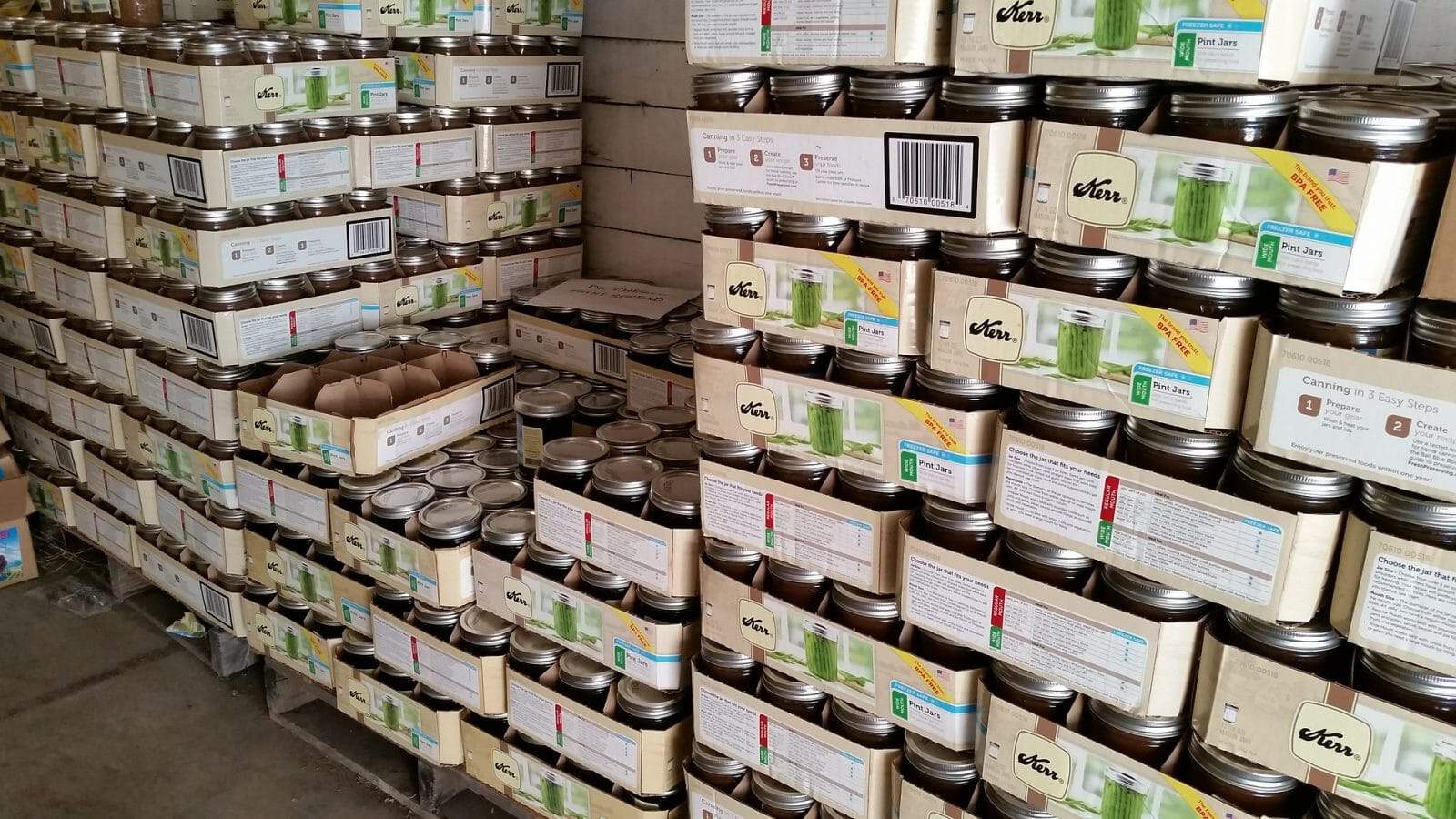 If the peaches are not completely covered by the syrup or juice in the jar, they may darken over a long period of storage. Remember that all fruits darken at least a little in storage, so this doesn't automatically mean that the canned peaches have spoiled. One way to combat darkening fruit is to make an effort to remove all air bubbles from the jar before it's sealed, by either tapping the jar firmly on the counter it or running a spatula along the interior of the jar to release any bubbles that have been trapped.

There are many reasons to can peaches in a home kitchen. Canning peaches is a lot easier than it sounds, and you get the satisfaction of knowing you canned the fresh fruit yourself. Plus, your kitchen smells amazing while you're canning peaches! Canning peaches is also an economical way to preserve summer's harvest for year-round consumption. Peaches are delicious, packed with nutrients, and have many uses in the home kitchen. Jars of home-canned peaches also make wonderful hostess and holiday gifts when secured with a decorative ribbon and card.

By organizing just a few ingredients and your household utensils, you'll be well on your way toward filling your cupboards with canned peaches. And who knows, maybe peaches are just the beginning. There are a whole host of late-summer fruits that can be easily canned for off-season enjoyment.